Skip to content
Today is World Suicide Prevention Day. While I have not personally been impacted by suicide, in my work I have seen more people wanting to kill themselves than I ever wanted to. It breaks my heart as a person and a counselor that people come to places of such deep pain and desperation that ending their life becomes their only option.

More than 100 Americans commit suicide every day. It’s the tenth leading cause of death overall. As you probably know, in just the past few months two celebrities, Kate Spade and Anthony Bourdain both took their own lives and there have been many more over the years; when I think of suicide the first name that comes to my head is always Robin Williams. I recently read a blog post shared on LinkedIn about suicidality among seemingly happy and successful doctors. The author, Pamela Wible, MD, states that since 2012, when she began to count reports of suicide by doctors, she has recorded a total number of 1,013 completed suicides. This all shows that suicide is not a poor person, a teenage, or a drug addict problem. No age group, socioeconomic range, career, or lifestyle makes one immune to suicide. Suicidality is a human and, I believe, a relational problem.

In June, the Centers for Disease Control (CDC) released a report that found suicide rates have risen in every state in the United States, except for Nevada. According to the CDC report between 1999 and 2016 suicide rates rose a minimum of 6% to as high as 58%. The report shows that suicide is most often associated with problems in relationships, life stressors – often involving work or finances, substance use problems, health problems, and crises. Suicide is not just a problem of mental illness, but that of lifestyle as well.

With such a wide range of problems leading to suicide, how do we even begin to know how to help? As a couple and individual counselor, I believe relationships matter and believe they make a huge difference in our experience in this life. Sue Johnson, the founder of Emotionally Focused Therapy for Couples (EFT) says “Being ‘the best that you can be’ is really only possible when you are deeply connected to another. Splendid isolation is for planets, not people.” Now, please don’t misunderstand me, I am not saying that those who are suicidal and attempt or complete suicide do not have people in their lives who deeply care for them. In fact, I have seen and read time and again about people who lost a loved one to suicide who not only deeply cared, they showed it with actions that went to extremes to try and help and save their loved one. I think the bigger problem is that we lie to ourselves and allow ourselves to believe we are all alone in life’s difficulties. We convince ourselves that we cannot tell anyone the dark things going on in their minds, lives, and bodies. In our society which values independence, saying we need help carries stigma – especially when we think others expect us to have it all together. Therefore, people far too often, don’t say a word. In fact, many people who attempt or commit suicide show no warning signs and say nothing about their suicidal thoughts or plans. I believe in the healing power of relationships – even our relationship to our self. We are often our own worst critics, I wonder what would happen in this world if we could all show ourselves compassion and kindness when relationship and life stressors come along and if we could love ourselves enough to believe that others deeply love us too?

The sad and scary truth is that we cannot save anyone, but there are things we can look out for regarding potential suicide. According the website, SAVE.org, the following may be signs of suicidal danger:

· Talking about wanting to die or to kill oneself

· Looking for a way to kills oneself

· Talking about feeling hopeless or having no purpose

· Talking about feeling trapped or being in unbearable pain

· Talking about being a burden to others

· Increasing the use of alcohol or drugs

· Sleeping too little or too much 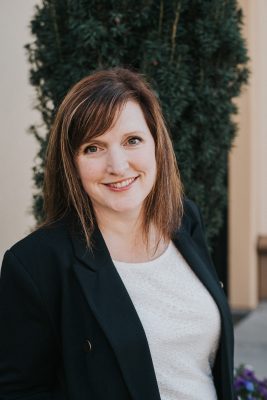